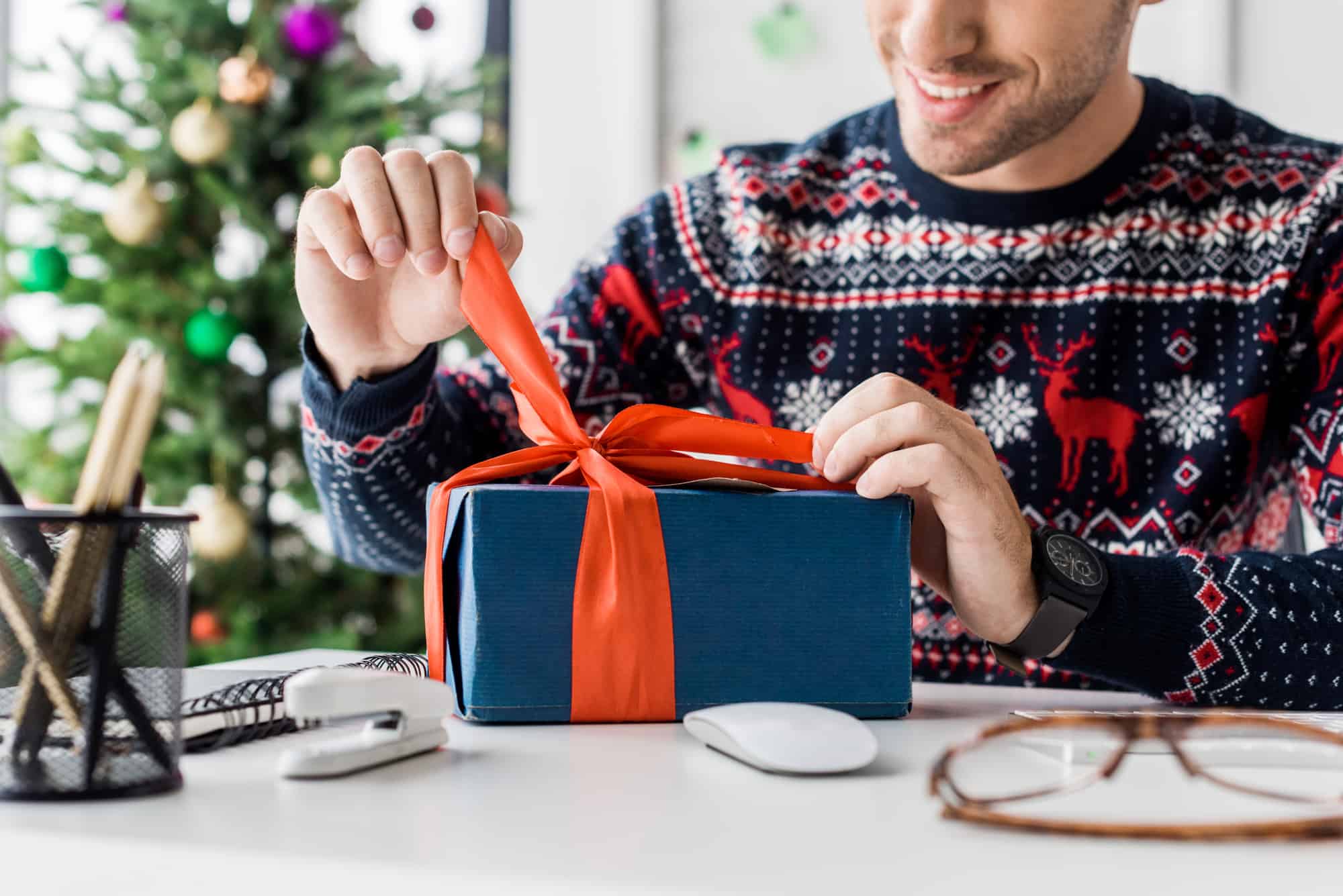 Do Guys Like Getting Gifts? (7 Reasons Why & How to Buy)

Are you thinking about buying your guy a gift but are uncertain whether it’s the best thing to do? Do guys like getting gifts from girls?

Many men love receiving gifts from women, but some feel like it’s only appropriate at a certain point in a relationship.

For example, some men like getting gifts as early as the first date! So, how do you know if your man will like a gift from you?

That’s quite a lot of questions to sort through! First of all, most men love gifts. In this article, we’ll examine why they like them so much!

Second, there are guys who feel it’s appropriate to give gifts to girls but might want gifts only if there is a special occasion going on.

Finally, if you do have a guy who would like to have a gift, how do you know what gift to get them? We’ll take a look at the best way to give a guy gifts, so you will be prepared to find the perfect one to make your man light up like a Christmas tree!

1. It makes them feel valued

Buying your man a gift shows that he means something to you; he really matters in your world, and you care about him. You are showing this by what you are giving him. By giving him something special, you are essentially saying that he is important to you!

2. It shows you listen

Sometimes, people just don’t shut up, but if you listen when they talk, you’ll pick up on things. You understand what matters most to them because you pay close attention to what they talk about the most. For example, if your boyfriend talks about a certain television show all the time, you might buy him a box set, so he can watch it anytime!

3. It shows you are a sweet person

Buying the right gift can show you are a very thoughtful person. I’m big into buying gifts for men, and I’ve had many guys say that I’m a sweet girl with a big heart. Doing stuff like this can score you major brownie points if you need them! When your boyfriend begins thinking about settling down with you, he’ll remember things like this!

4. It keeps them guessing

Giving gifts, especially if they are unexpected, can really keep the mystery and spark alive in your relationship. Surprise your man with a special gift, showing you have listened when he talks and know what he cares about the most! He’ll fall head over heels for you!

5. It shows you think of them often

As you go through your day, how often do you think of your man? Gift-giving can happen at any time! Maybe you see Amazon advertise something you know he’d love, or you are strolling through the aisles at Walmart and see a wallet you know he needs!

You don’t always have to have a reason to give a gift; maybe you just think of him and get one for him! That’s okay! Tell him you were just thinking of him and saw the perfect gift that he would love and just randomly picked it up for him. He’ll know he was on your mind during the day! How special is that?

6. It shows you are invested in the relationship

If you purchase something for your guy, he’ll know you more than just like him! You actually see a future with him and plan to stick around in the relationship!

7. It shows you appreciate them

Giving a guy a gift shows that you appreciate the little things he does for you. You recognize what he’s done for you by the gift you pick out for him. Guys like it when you show them you are thankful for what they’ve done and who they are. You just like having them in your life, and a gift shows those things.

How to Give the Right Gifts

1. Let him pick out what he would like the most

Buying a gift for men can be challenging! Usually, have you noticed they just buy what they feel like they want or need? How can we purchase the best gift then? One thing I do with my man is let him make a big Amazon wish list full of stuff he loves.

He does this year-'round, so he never remembers what he has on there, and I am able to surprise him. Of course, I don’t buy all his presents this way, but it’s one option if you have a guy who already has every gift he could ever want!

2. Write down things you know he’d like as you think of them

This is another clever idea if you have no clue what gift he’d love the most! Use the notepad on your smartphone, so he never sees the list; keep a piece of paper in your wallet. The point is to maintain a running list of ideas around the year, so you will have plenty of gift ideas when you need them!

3. Remember what’s important to him

You may know his favorite hobby, but what gift would go perfectly with it? And what does he NOT already own? That’s a tough one, but I would suggest doing some serious research. Ask him from time to time if he owns this or that in relation to his hobby or interest. Then you’ll have a better idea of what to get him when the time comes.

5. Buy him what you want on random occasions

So, on special occasions, buy what he wants (more on that), but on random occasions, it’s okay to get him the things you think he should have. He may not be as thrilled about the gift as you had hoped he’d be, but for him, it’s the thought that counts. For you, at least you finally got him the thing you thought he needed!

6. On special occasions, buy him what he wants

Often, we have to be empathetic when buying presents for someone else. Put yourself in his shoes and think about what your man really wants. It’s always nice to get a present because it shows that the person actually thought of you, but if you want to buy something that matters, shop for more than just “the thought that counts.”

What does he value the most? Look at his hobbies, interests, and activities. You don’t have to spend a lot of money, but find something that your man will value and use - something that makes them happy and that he’ll go out and enjoy, thinking of you while he uses it! Remember, it’s all about what matters to him - not you!

To make a gift extra special, you may want to consider having it monogrammed or personalized in some way. I bought my man a Fossil wallet with an eagle on it because he loves eagles. I also bought him a wallet/smartphone organizer with his name on it, mostly because I wanted him to have a place to put his junk!

It was a special gift with a place for keys, wallet, pens, coins, and business cards. I don’t think he loved it as much as I’d hoped, but the fact that it was personalized and made special for him (it was handmade with wood) caused him to really appreciate it. Sometimes, it is the thought that counts; other times, just get creative, and you’ll do fab!

Yes! The majority of men love receiving gifts from the girl they are with! It shows that she cares about him and values him as a person. She plans to be in a long-term relationship with him and wants to show him that by purchasing him something that matters!

What gifts do guys really want?

In my opinion, it’s really the amount of thought that goes behind the gift. For example, if you know his favorite hobby is fishing, a personalized tackle box with a wide selection of bait and lures would be very thoughtful and not something you’d throw together easily.

Is it weird to give a guy a gift?

Sometimes, it depends on the relationship. If you are in a casual relationship, you may want to hold off on random gifts until the relationship becomes more serious. However, a gift for his birthday or Christmas is appropriate at any time, in my opinion.

Are gifts necessary in a relationship?

They are not required, especially if there is a reason you aren’t going to exchange them. Maybe you are both trying to save money for a big vacation or purchase like a home. In that case, if you have agreed not to exchange gifts, it’s appropriate to hold off.

What do most guys want in a relationship?

I think the majority of men want to get a little something on special holidays. It shows you have thought about them and care about your relationship. You are illustrating that you want the relationship to last by investing in your boyfriend.

With men, gifts are often a tough subject because some enjoy receiving them while others feel uncomfortable. You really have to think when it comes to giving gifts. What does he prefer, what is most appropriate?