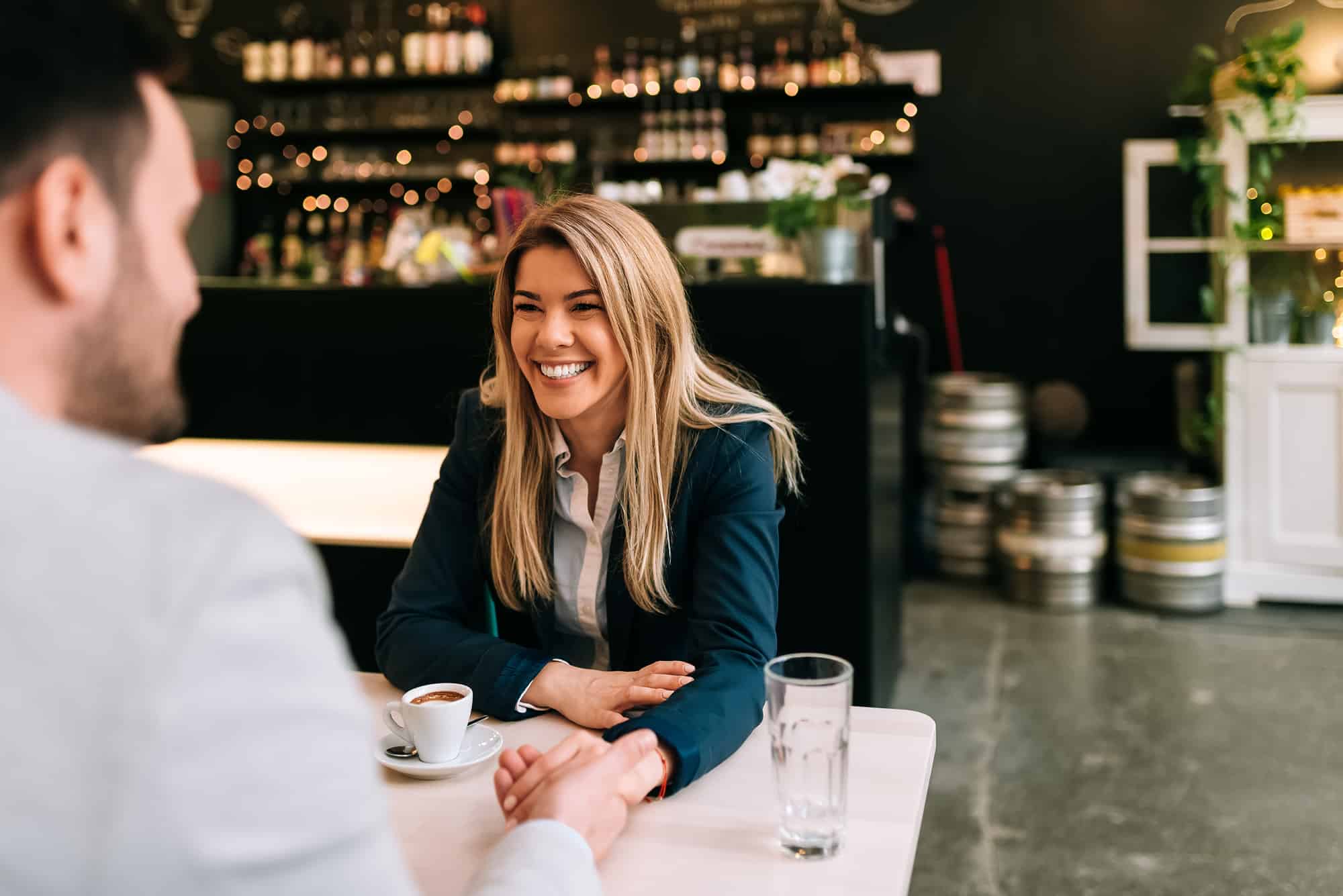 Dating Someone Who's Never Been In A Relationship (6 Delicate Tips)

A lot of women find it stressful to date someone who hasn’t been in a relationship before. Although dating someone like this isn’t a piece of cake, I like to think of it as working on a plain sheet; it’s exciting, and you can almost color whatever you want. I say "almost" because we’re talking about a person, not a paper. Remember, people have a mind of their own.

It’s rare to find a grown man who hasn’t been in a relationship before, but it’s not impossible. He may have simply chosen not to or throughout his life; he didn't make the effort or have an interest in dating people. Guys who have never been in a relationship might not be geeky or the introverts you’d think they’d be, some people just feel like love is worth waiting for.

I know you might find this hard to believe, especially if he's good looking, but that doesn't make it less true. There are many reasons a guy would make the choice of never dating people, maybe until a certain age or point in his life, especially if he has seen many relationships crumble.

No doubt, being with someone who has never dated requires so much patience and attention. There are some things you need to know that would help you handle the situation, so let’s get this train started.

6 Ways To Handle The Situation

Also, keep in mind that love may be new to him, and it might take time for him to go with the flow, so it’s important to be transparent. Other than being a guide, you have to be a good example, you can't be telling him how it's supposed to be but then doing something very different from that. Make sure you communicate with him and admit when you didn't go great at communication.

Admitting your mistakes makes you less controlling, some men naturally find it hard to communicate with their partner; since this is his first relationship, you can’t tell if he’s the kind to find it difficult. I can’t overemphasize the importance of being patient, but there’s a thin line between that and just enduring, let him know when it’s too much to deal also.

This next point is very tempting. In fact, you may do it without noticing, so you need to be careful and keep yourself in check. As much as you're the guide in the relationship, don't project your opinion as facts to him. Rather, allow him to find what works for him too.

Even though I referred to dating such a man to working with a plain sheet of paper, it doesn't mean you can control him. It means, as his first girlfriend, you get to choose what kind of impact it has on him (in a good way).

3. Don’t compare him with your ex

As someone who's been in other relationships, I'm sure they're a couple of things your ex did that you don't want to repeat in your new relationship. So, be careful not to compare them both or try to mold him into what your ex-boyfriend wasn't. That he hasn't been in a relationship before doesn't make him a prop.

Also, pay attention to his character and encourage him to be his own person even while he's in the relationship. Molding him would mean losing himself to who you want him to be, which is very unhealthy. In more than one way, encourage him to be himself, love you while learning, and never try to make him feel like he’s not enough.

This is also tempting, especially in a situation where things aren't going your way. Refrain from pulling the “experience” card when you get into an argument, or it's challenging to communicate with him. One way to ensure you’re not being bossy is to think about what you want to say first, an 'innocent' words or conversations might end up bruising his ego.

Just one thing you said may make him feel like he’s doing something wrong, and that’s not how love works. Always playing ”teacher” makes the relationship very rigid; you won't be able to enjoy yourself with him, by default, you would be looking for what he isn't doing right.

Many people think that love is simply saying a few romantic words, buying the other person gifts, and having good sex. Yes, these are great, but one thing people forget is respect.  Love should encourage you to respect his feelings, and not look at him as naive or stupid because he has never had a relationship before. He may do something off, instead of giving him one cocky lecture filled with sarcasm, there are nicer ways to handle the situation without being bossy.

It is his first time, there may be things that he is insecure about, so don't expect him to be super confident about everything. As a partner, you have to instill confidence in your significant other, so take the time to show him that you appreciate what he’s doing.

Also, many people think that only grand gestures deserve praise or appreciation, but when it comes to love, you have to constantly show your partner that you love and respect him, no matter what. He might not be confident about his performance in bed, tell him what you like, and compliment him when he does those things for you.

It doesn’t have to be about sex, other little things like how he looks, or how he feels when you say particular things matter. For a guy who has never been in a relationship, it might take a little more time for him to really flow; so you don’t have to lie to him, that never helps anything. Rather, be patient and tell him how you’d prefer something or what you want, and give him time to get it right.

You may have said you never want to date a guy you have never been in a relationship before, but if you genuinely like this guy, it might help to give him a chance and help him deal with any insecurities. So, never call him names or insult him because he’s not flowing at your own pace, it’s his first relationship remember; grow together.

6. Be honest with each other

You would both run into issues if you’re not honest with each other, especially about how you both feel or what you want from each other at the time. Assumptions in a relationship are very unhealthy and leave room for loads of misinterpretations.

Maybe he didn’t tell you he had never been in a relationship before, and with the way he's acting, you’re wondering what the signs a guy has never had a girlfriend are. Well, he should be able to tell you what’s going on with him.

When he finally does, just know that he may have been insecure, and use the opportunity to keep being honest with him so he knows it’s okay for him to share his feelings or experiences with you.

How do you date someone who has never been in a relationship?

I think as much as it's tasking, it's also pretty exciting to date someone who has never been in a relationship. While dating this person, you need to learn to appreciate the efforts he makes towards the relationship, cut him some slack, if you love him, you’ll give him time to learn the ropes.

Is it OK to never have a relationship?

Anyone can choose not to have a relationship, it's all about a person's personal decision to either stay single or get involved with someone else, and nothing is wrong with it. Like I said earlier, it might be rare, but it's not abnormal at all. Personally, the men who wait to get into something meaningful instead of dating anyone available earn my respect.

How do you date someone who is inexperienced?

Never forget that although he is inexperienced, he doesn't have to agree with you all the time. Since this is his first relationship, you can't expect that he would be so confident about everything. You would have to assure him more and instill confidence in him by appreciating his efforts.

Is dating the same thing as being a boyfriend-girlfriend?

Some people think dating is the same thing as boyfriend and girlfriend, but there's a thin line between the two, and that depends on what you both agree to do. You can be going on dates with someone, attending parties as a couple, and even traveling together without being in a relationship but only getting to know each other. A boyfriend/girlfriend is more an official term for being in a relationship beyond going on dates but with more intimacy and vulnerability involved.

Are some people meant to be single?

I don't think anyone is made to be single, however, some people decide to be alone for a while. Others choose to stay single forever, all are decisions made from a personal standpoint.  If you think you are happier on your own, that's alright, stay single.

To End Things Off...

I hope you will find these tips very useful in a relationship with an inexperienced man. It would help you enjoy your journey together. Let me know what you think in the comment section below, and please share this article too!

You May Also Like
How To Not Be Awkward Around Guys (17 Ways Not To Be Awkward)
No Comments
Reading Men’s Body Language Of Attraction (37 Striking Signs He’s Into You)
No Comments
Does My Crush Like Me? (17 Undeniable Signs)
No Comments