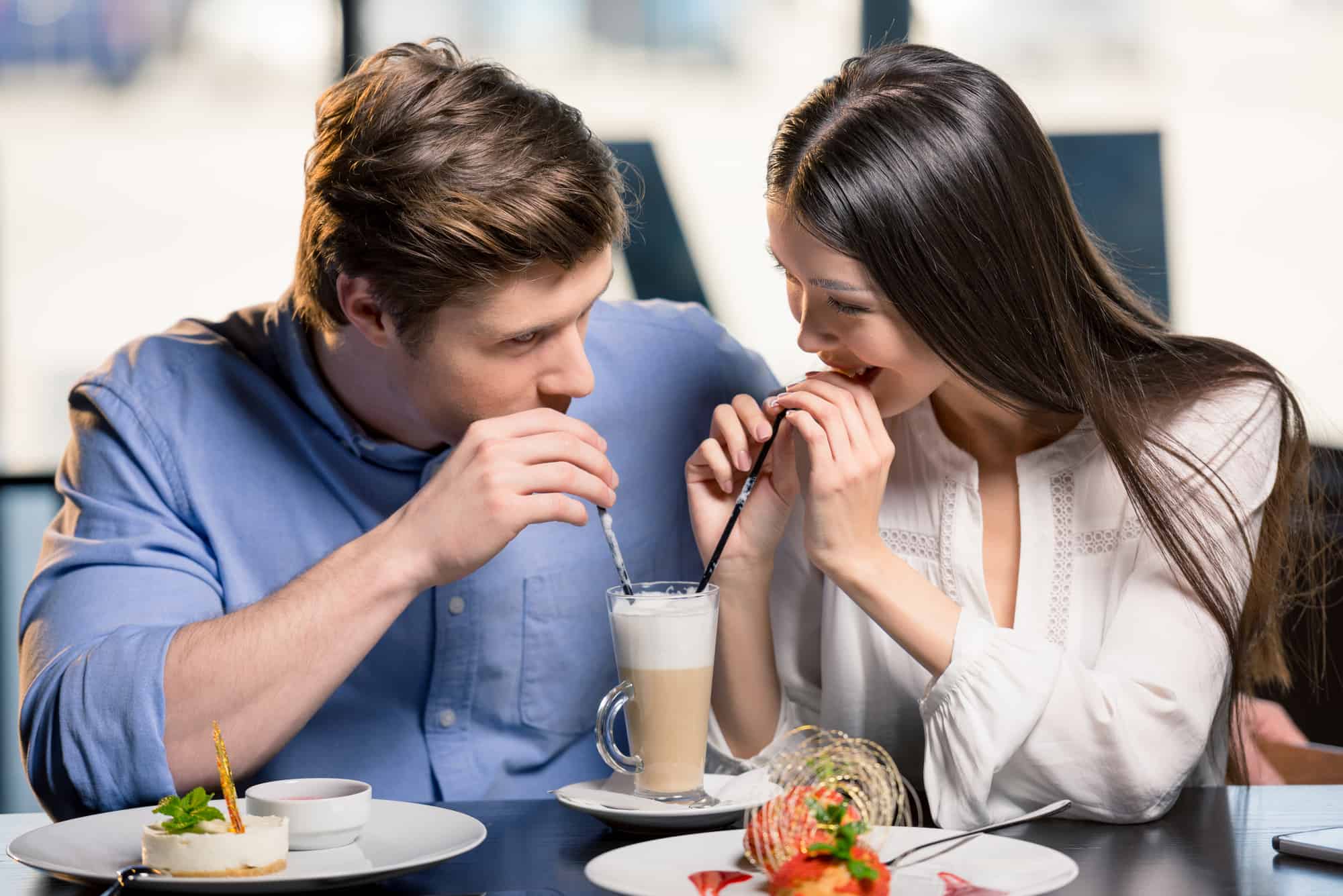 7 Crucial Rules Of Dating An Ex

‘The one that got away,’ many of us have those five words stuck in our heads. It’s probably been months, years, or maybe even weeks since you saw this guy, but when you finally did, all those memories came rushing back, and you start asking yourself what made you two break up in the first place.

Now he’s even better looking, sounds smarter, more mature, and seems like he’s got more things figured out than when you guys were dating back in the day, in other words, he’s changed. Maybe you both did some catching up, and all the old sparks started igniting again, and all of a sudden, the thought of getting back together surfaced.

There’s probably a reason why you guys broke up in the first place, and while some don’t believe dating ex-boyfriends is ideal, it might just be the perfect opportunity to finally get it right. If things ended on a sour note, but you still had feelings for this guy after the breakup, you’re probably asking “should I get back together with my ex again?"

There are a number of things you should consider when trying to get back together with an ex, and important questions that need to be answered before rekindling the flame with a guy you’ve dated before.

7+ Things To Consider When Dating Someone Again

1. When did the breakup happen?

You should ask yourself this question because time plays a big role in determining the state of your heart and mind about someone. How long has it been since you guys broke up? It doesn’t take a magician to figure out that you need to work on the problem you had with your ex before dating him again.

If you split up with this guy recently, it’s possible the break up wasn’t even that serious, and things like pride, miscommunication and the likes, got in the way.  Some couples break up several times in a month, I guess they love the thrill or drama that comes from all the back and forth, but this is actually unhealthy.

However, if you dated this guy more than two years ago, then both of you have probably grown and forgiven each other enough to consider giving it another go.

2. What Broke Things Off?

People break up for various reasons, some situations are so serious that there won’t be a possibility of rekindling the love, while some are so ridiculous that if the couple love each other, it would be incredible not to get back together. Some relationships are however complicated and the couples find it hard to either let go or continue with the relationship.

You should ask yourself which of the three categories you belong to. Why did you break up? Is there any hope of complete forgiveness? If the latter is yes, then you can consider dating your ex again. Also, who caused the breakup? Was it you or him?

Although this doesn’t usually mean much when two people who still have feelings for each other try to reconnect, but it helps to know what to avoid and the right things to do when you eventually give the relationship another go.

3. What will you be doing differently?

Not resolving the problems that broke up the relationship before means the relationship might not stand a second trial. You and your partner might want to try coaching or therapy to help you correct the bad traits either of you may have exhibited in the last relationship. Therapy helps a lot because a professional third party would be unbiased and give candid advice on what could work this time around.

I will tell you for free that the answer is no, this is the only straight answer I will be giving you because it is a common fact that old habits die hard. Meaning, it will take a lot of deliberate and collaborative effort between you and your ex, to prevent what broke you up from doing so in the new relationship.

So, if you really want to get back with this guy, ask yourself, ‘how committed am I to making sure there is no repeat of last time’s mistakes?’ If your determination to make the relationship work is stronger than your fear of failure, then give pursuing the renewed love all you got. This renewed effort will make you stronger in more ways than one.

Infidelity is a sore spot for every relationship and as much as it is hard to believe, it is usually the major reason most couples break up. Cheating partners always say they have changed after being caught but that is hardly ever true because cheating can be addictive. Cheating is sometimes as a result of dissatisfaction with just one partner.

Who cheated in the relationship you had before? If it was you, are you willing to stop cheating? If it was him, are you confident he will put extra effort into not repeating the act? Seeing a counselor or therapist could help with addressing the issue of cheating. However, most of the work lies in the hands of you and your partner.

6. Was abuse part of the reason you broke up?

Abuse of any kind is a big deal and if you are considering going back to an ex that was abusing drugs or alcohol which usually led to him molesting you, you should think thrice about heading down that road again.

Read that again; if his abuse of you was dependent on drug use, you know he needs rehabilitation and healing before you think of getting back together. I’m not saying write him off, love can be a strange thing and a drug/alcohol addict needs love and support to heal. If you truly love him and want to spend your life with a whole man, you need to be sure he is physically and mentally sound before entrusting your heart to him again.

7. Are you sure this is not about sex?

Like love, sex involves insane chemistry that can make two people who dislike each other to put aside their differences just to release sexual tension. Are you sure your desire to date your ex is not because of the great sex? Or the cuddling and feel-good feeling he gives you?

If sex was enough why didn’t the relationship survive the first time? So think about it, love is not all about sex, it’s just one of the bonding factors. Ask yourself "is sex the major reason I’ll be dating my ex again?" If your answer is yes, that might be a bad idea.

8. Is this a rebound relationship?

Breaking up or being broken up with can be devastating, especially if things are generally not good at the moment. The pain can be so great that you would be willing to accept any form of comfort from anyone, even an ex. However, using someone as a rebound partner to get over your hurt is not the best answer.

Before dating your ex, ask yourself if you are emotionally available for all it takes to start a new relationship, even though it is with someone you already know. Emotional availability is important because you won’t be sharing just your body with the person but your emotions.

If you are not emotionally available to the man, there will be always be something missing and it might not take that long for the relationship to shatter again.

If you’re still carrying baggage from your former relationship, you might want to reconsider using an ex as a crutch.

Is it a good idea to date your ex?

When your love life had just gone up in smoke, it is easy to want to seek out an old flame for comfort. Unfortunately, that is not always a good idea to date your ex because you might want to do so for all the wrong reasons. So it is not only a matter of whether it is a good idea but a matter of asking yourself why you want to get back with him. Consider your reasons and be honest about it.

Can a relationship work with an ex?

Yes it can but it will require serious effort from you and the ex for the relationship to work again. The love must still be there or easy to rekindle and you both must be ready to make it work again. Also, know what you did wrong the previous time so as to correct your errors. Then you can have a fulfilling relationship.

How do I date my ex?

It might seem awkward at first to date your ex but it is possible, some exes even end up marrying each other. What to note when trying to date your ex is that things are not the way they used to be. You’re both practically strangers who need to get to know each other again. So treat your first date as something new, take it slow too, and see if the relationship will outlast the previous one.

What to do after dating an ex?

Dating an ex can be tricky, it might or might not work. Having given dating your ex a try, what did you think of it? Did it work out? Was it a disaster? Is the ex someone you see in your future? Will the relationship make you happy in the long term? Answering these questions will help you a whole lot.

Can exes fall in love again?

Yes, it is very possible that you fall back in love with someone you once dated. If you still love him and respect him even after going your separate ways,  then it could still work. This possibility usually happens when both parties mutually agreed to separate for one reason or the other. So never say never to an old flame ready to spark again.

I believe this article has helped you answer some tough questions, now put them into practice. There is nothing like having answers to questions that give you sleepless nights. If this article has been helpful to you, do share and leave your comments below.

You May Also Like
What’s The Rule Of Dating Your Ex-Boyfriend's Friend? (9 Important Rules)
No Comments
33 Warning Signs He’s a Fuckboy (Are You Dating One?)
No Comments
17 Signs He’s Using You And Not Serious About The Relationship
No Comments