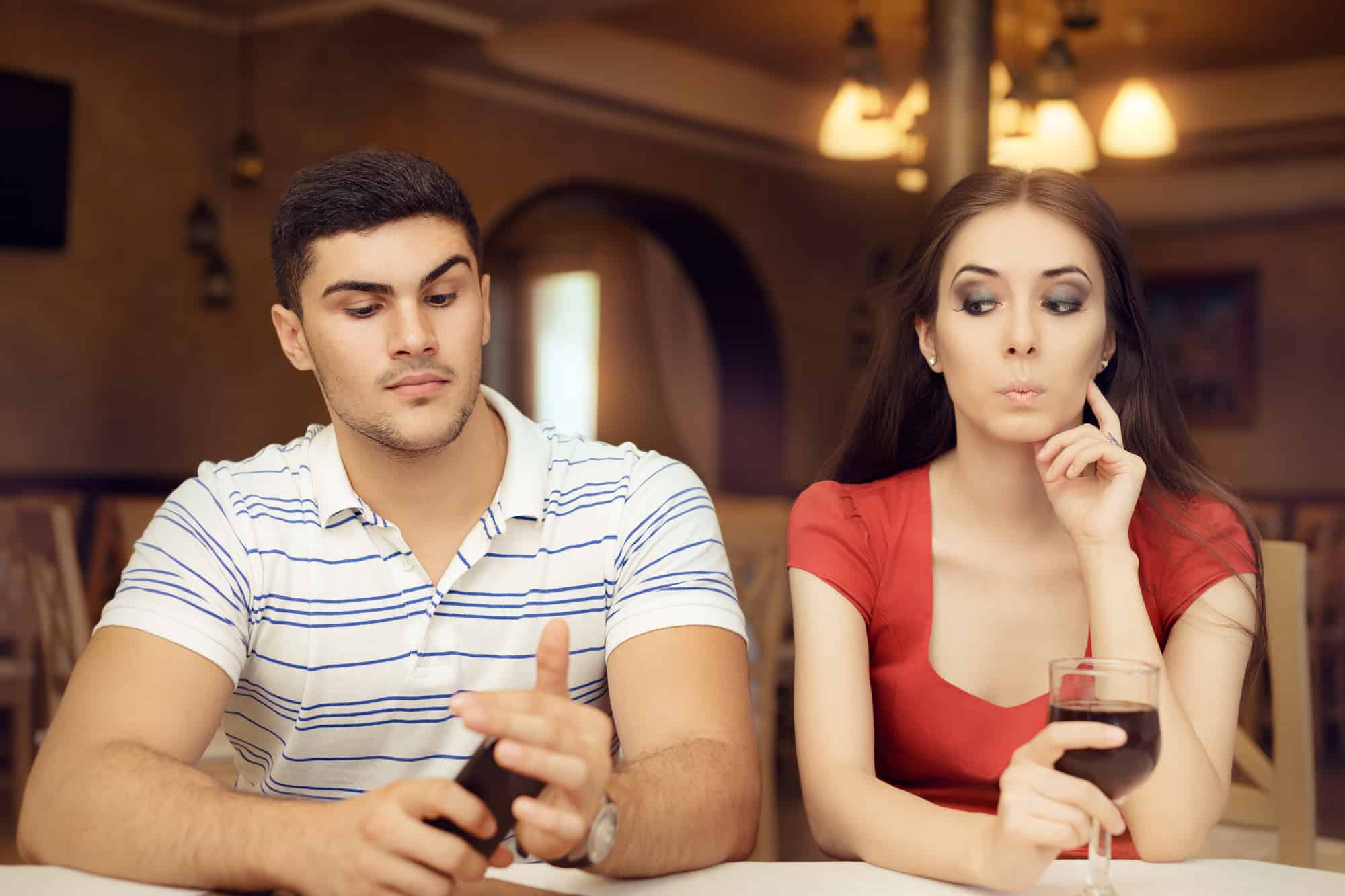 “Why do girls like bad boys?” people often ask. Generally speaking, the bad boy good girl combination commonly occurs because of the excitement and adventures involved.

Specifically, a girl that has been restrained for the most part of their life, is inclined to desire a form of expression to her concealed wild side. Thus, she’s likely to enter a relationship that would sponsor that.

A lot of girls meet bad boys at different stages of their lives. More often than none, girls find themselves instantly swoon, and don’t necessarily give a second thought to the repercussions that may follow. Although being with a rebellious man comes with a lot of adventures, most times, there’s a heartbreak lingering around the corner.

Guys that accept to do things with you, and end up calling rain checks almost all the time, probably aren’t as emotionally invested in the relationship as it may seem. More so, if he’s making the plans and he still doesn’t show up, then it’s a terrible warning sign. Bad boys have a way of making girls swoon over them even more, by leaving them wanting more.

2. He rarely checks up on you

Dating involves a ton of communication, and when there’s a deficit on one angle, it creates an emotional gap. When a guy tells you he will call or text you and doesn’t even beep you, it’s a clear sign he’s bad. Lack of communication from someone is something that takes a toll on the relationship and eventually causes strife.

Peradventure one or two times, someone that has a viable excuse for an unprecedented occurrence, then this is understandable. However, when a person has an excuse for every single scenario that occurs, it becomes a problem. Bad boys tend to give excuses in order to deter negative attention from themselves. However, far too many excuses is a warning sign that you’re dating a bad boy.

4. He plays the blame-game

When anything and everything seems to be your fault, then it’s clear that someone is playing the blame game. The blame game feels more like a guilt trip rather than someone trying to politely correct your mistakes. If things are getting this way with the dude you’re dating, then it’s clear he’s a diehard evasive bad boy.

5. He justifies his bad actions

Every bad boy has at least one negative life experience that influences his present actions. He may reveal this to you, but what characterizes him as a bad boy, is the fact that he will use this experience to justify most of his wrong actions. In most cases, this makes the woman succumb to how she is being treated whether good or bad.

6. He is resistant to change

In life, change is the only constant factor. Nevertheless, bad boys see things differently. Corresponding to the previous point, bad boys are incredibly resistant to positive change. Finding a justifiable reason to continue acting wrongly keeps them in a constant loop of their own demise. If you notice your man exhibiting this trait, it’s an obvious warning sign he’s a bad boy.

7. He hides his real friends

A guy’s friend will without a doubt, dictate the type of person he is. When dating, meeting each other’s friends is something that occurs naturally. However, if he’s always meeting up with his friends somewhere else, and always has an excuse for not introducing them to you, then your man is definitely hiding something, which may be the fact that he’s a rebellious man.

8. He’s tangled up with exes

A thing that is common with such men, is how girls are constantly swooning over them. Most times, it turns out they’re actually his exes, and there’s hidden baggage to why they’re always coming back. Guys that give you emotional unrest because of exes are likely to break your heart because of them, which is a bad sign.

If the person you’re dating always surprises you each time one secret event from the past unravels, he may desperately be trying to cover up the life he’s lived. More so, being evasive and secretive about that life, shows that there’s more to him you still don’t know. This is clearly a warning sign.

Every woman craves the joy of her parents meeting the person she’s in love with. Nevertheless, parents have a way of spotting bad news when they see one. If your parents don’t approve of your relationship with a boy, and it starts to resemble a fugitive love story, then you might be dating a rebellious man.

It could be an addiction or a drinking problem – these men tend to live on the wild side without thinking about the possible consequences. Anything he’s doing that makes you nervous or puts you on the edge is definitely a bad habit. Moreover, if he simply cannot stop these negative behaviors, it’s clear he has bad tendencies.

Above everything else, his sexual drive seems to be what keeps him coming back. Rebellious men are driven by passion and in most cases, cannot establish a relationship without it. If you feel your relationship with someone is only fueled by physical passion, then it’s a sign he’s in love with just your body.

The bad boy and good girl combo always come with several indifferences. More often than none, he may not be interested in the things you love; and guys that seemingly have far off interests from yours, and are driven only by adventures, are considered rebellious. In the long run, one person would always have to compromise.

14. He’s not committed to the relationship

It takes emotional energy and investment to be committed to a relationship. Signs that someone isn’t invested can come in different dimensions. A woman generally has her desires of a perfect relationship, and when the guy isn’t making any efforts to make that desire a reality, it’s clear he’s not entirely committed to how she feels.

Rebellious men generally want to come off as a tough guy, even though this may not always be true. Nonetheless, in order to retain that identity, he takes certain actions without considering the negative consequences. They would most likely become oblivious to other people’s feelings and be emotionally or physically abusive; all of which no woman deserves to go through.

To exercise his manly stance, such men have a knack for exhibiting controlling behaviors. Freedom of expression and the willpower to do what you love should not be infringed upon, especially in relationships. If he controls every aspect of your life – what you wear, where you go, then it’s a clear indication he’s rebellious.

Dating such men comes with a lot of excitement. The thrills and adventures are often too hard to refute; and thus, you spend most of your time in the reality of a fantasy you always wanted. Dating men like this is mostly driven by impulses and the uncertainty of situations keeps you hooked for more.

How do you know if you’re a bad boy?

The definition of a bad boy is represented by several negative behaviors. The most logical way to spot rebellious men is by checking if your actions are hurting others. If you seem to be showing a high level of indifference in situations, it’s clear you live for the thrills and aren’t entirely concerned about the emotions of others.

Can bad boys fall in love?

Bad boys are indeed humans, and definitely experience the feeling of love towards others. Signs a bad boy is in love are similar to the signs that come when most other men are in love. This includes hugging, kissing, going everywhere and anywhere with you. Nonetheless, the issue remains putting aside the rebellious behavior and choosing to embrace the emotions within.

What do you do when you like a bad boy?

Since bad boys find it difficult to change, potential relationships are inclined to heartbreaks. Nevertheless, when you like a bad boy, you can decide to let go of the emotions or take action on them. But taking action means you’re aware of all the highs and lows involved.

How do you know if a bad boy is in love with you?

One prudent way to know if a bad boy is in love with you, is by checking his willingness to change. If he’s making efforts to be emotionally invested in the relationship, spend ample time with you, and is slowly putting aside his bad behaviors, then it’s an indication he’s in love with you.

Did you enjoy this list? If you suspect you’re dating a rebellious dude, always try to match his behaviors with these warning signs to properly decipher how to handle the relationship. Kindly share your thoughts in the comment section and don’t forget to share this list with your friends.