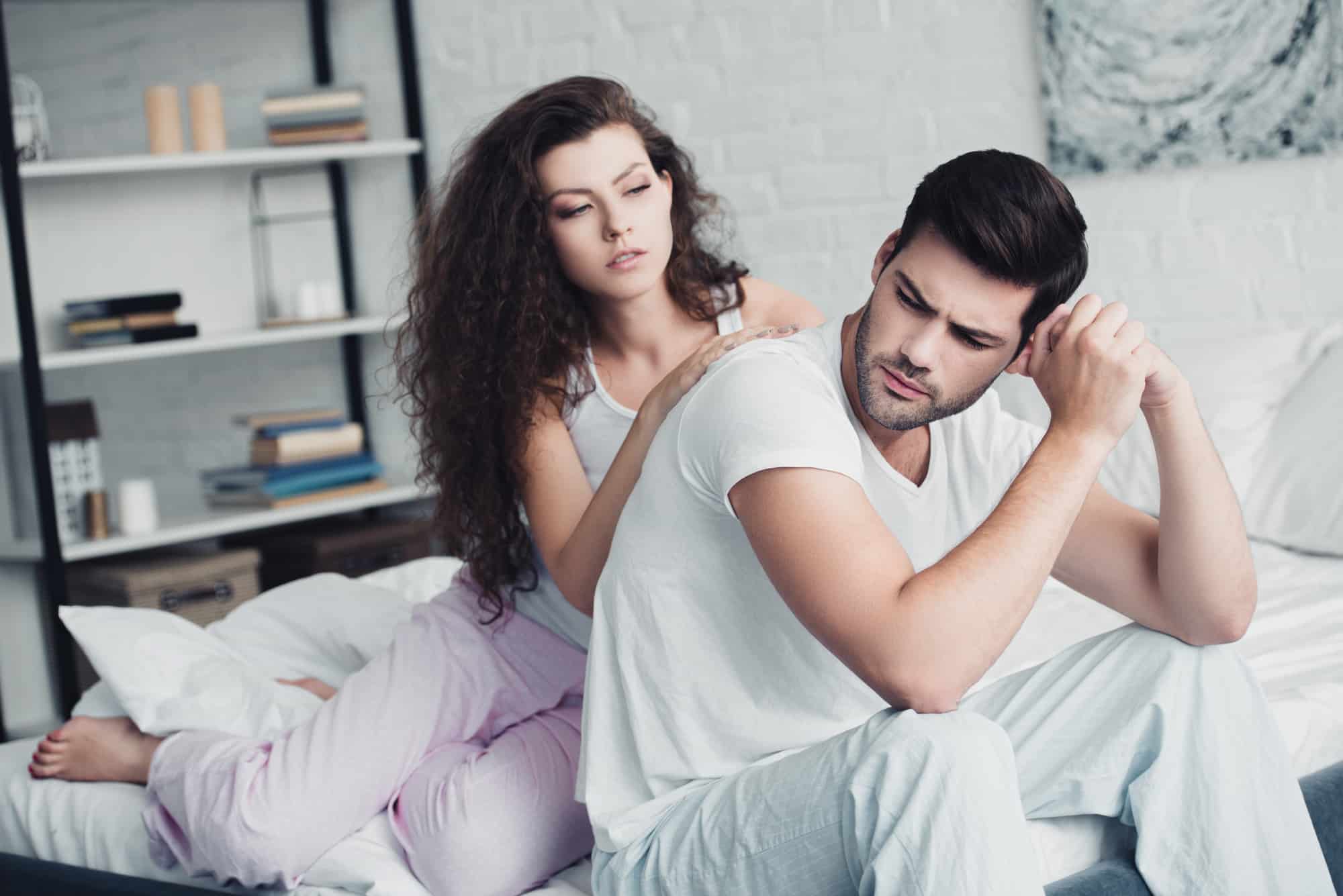 Cuffing or being “tied down” (cuffed) in a relationship is generally reserved for the winter months when “baby, it’s cold outside.” There are various explanations of what “cuffing season” really is, and we’ll explore this more.

However, if you are planning on participating in “cuffing,” meaning you expect to be in a relationship during cuffing season, you need to have some rules or basic guidelines to follow. You aren’t likely to fall in love on Tinder without knowing some basic rules, right?

I won’t tell you all of my secrets to making it through cuffing season successfully, but you’ll know the ins and outs of the best cuffing season rules. This will give you a fighting chance this month when traditional “cuffing season” begins. Actually, you’ll have a real chance at success in the upcoming winter nights, which will be spent with someone special!

So, are you ready for some smooth sailing (maybe, a sleigh ride would be more appropriate), which will give you everything you need to know for this upcoming cuffing season? Great! Let’s get started, so you can have an awesome winter!

What Is Meant By “Cuffing Season?”

Everyone’s interpretation of what is meant by “cuffing season” is a little different, but most agree that it occurs during the fall and winter months. This is usually at a time when people are feeling a little cold and lonely and really want to find a “cuff buddy” (another person who feels the same way) to keep them warm.

Cuffin’ season, as defined by the Urban Dictionary, is when everyone is getting paired up, and the weather is getting colder and colder. Alternatively, that dictionary defined cuffing season as a time when people want a boyfriend or girlfriend but stoop beneath their standards when choosing this person.

Whichever definition you want to accept, you should enter a new relationship with some basic guidelines, especially if you’ve been out of the loop for a long time. Check out these rules for the best tips to follow during this interesting time of year, also known as “cuffing season” to some!

2. Don’t forget about your friends

When summer rolls around again, and you are ready to meet someone new, you will want your best buds to be by your side, so you can all chill together. Just because you are temporary, at least, in a relationship, doesn’t mean you should forget about all the people who were there for you on those lonely nights. Make time for your friends!

3. Don’t get attached too easily

If you and your “cuff buddy” have agreed to be in a minimal relationship that won’t last through the whole new year, it’s a good idea to keep your emotions guarded. You don’t want to end up the person with their head on the chopping block, do you? You probably hope that you will mutually agree when it’s time to call it, not that’ll you end up hurt.

Likewise, you don’t want to hurt another person with what you have to say and what you do, do you? Don’t let them get too attached, and you know exactly what I’m talking about if you know the relationship will be over soon. That’s just leading someone on!

4. Don’t change your Facebook status to “in a relationship” too fast

You may be super excited that you’ve met someone who can tolerate your bad habits and who treasures the good times, but you’ve got to realize that you have entered into a short-term relationship, one that isn’t supposed to last a long time. If the terms were up in the air, on the other hand, you could maybe tell your friends.

It might be a smart move to ask your new partner what he or she thinks before changing anything, though. Their viewpoint could best influence your decision on what to post on social media and how to change your relationship status. Hint: This is also a great way to see if you are on the same page in terms of your feelings for each other.

Remember that you guys agreed to have a short-term relationship. At least, I hope you will clarify your expectations if you haven’t done so already! Don’t spend a lot of money on something really expensive or time in making a generous gift if you aren’t planning on being together for long.

Plus, the other person may not feel the same way, which may mean that your gift will make them feel uncomfortable. Just play it safe and be reasonable with the gifts (and party expectations)!

6. Do let go of your summer fling

You don’t want to begin something new if you are still involved with someone else. After all, you must have known that your summer fling was a short-term relationship, or else you wouldn’t be calling it a “summer fling,” right?

7. Do be honest about your expectations

Above all else, make sure that you are honest about what you hope to get out of the relationship you are getting into and what you expect in return (or what you don’t expect). Have an open conversation about these things with the person you’re seeing. This way, you are both on the same page.

8. Do find someone you enjoy being around

Find a person who you can easily talk to, someone you get along with, and, most of all, an individual who you have a good time with!

9. Do have something to watch on your television

Subscribe to Netflix, Amazon Prime, YouTube, or have a killer movie collection ready to go with your big-screen television! This is especially true if this person loves to watch television or movies! Pick a movie subscription, so you will have a variety of genres to choose from!

It’s a good idea to use proper birth control during the months that you spend with this person because you are planning it to be temporary. A kid will throw everything into a new ballpark of permanency! Also, make sure you use condoms; you don’t want to end up with an STD when everything is said and done!

This one kind of goes without saying, but you must ensure that you are having a great winter, right? Do participate in goofy dating activities, such as bowling or sleigh riding!

How To End The Cuffing Relationship

First and foremost, were you honest with them about your expectations for the relationship? That is, did you tell them you only wanted to be together during the fall and winter months?

It’s critical that you make sure the two of you are on the same page when it comes to this season. You don’t want either of you to end up hurt by the end of your time with one another.

Second, don’t just fall off the grid, hoping the relationship will just disappear if you ignore it. Probably, one or both of you got a little more attached than planned. Break the news in person or via a video conference, explaining that you had a great time with them, but you just don’t want to be with anyone right now or something like that. Be honest, but real, at the same time.

Finally, try to follow the rules so that you can have a fun winter! If you think your “cuff buddy” is on the same page as you, go ahead and tell them that you’re ready to part ways for now, at least. That MAY not be true, but say it anyway; it will make them feel better about the end. If you want to try to commit to this person a bit longer, make sure they feel the same and do it!

What does cuffing mean sexually?

You could be “cuffed” doing something naughty, like using handcuffs or rope, or it could mean that the sex you had during cuffing season was so mindblowing that you decided to make things last a little bit longer. Typically, the naughty definition is what’s meant, though!

It depends on your definition and purpose for using the term. If you intend to enter into a relationship with the intention of only “using them” for a few months, that’s not cool - unless the other person feels the same way. In that case, use all you want!

What does it mean to get cuffed during cuffing season?

It means that things got serious over the new year, and it made you decide to commit to the individual you’ve spent all the months with. You believe them to be truly worthy of your time now, and you want to invest more in building a successful relationship with them.

How do you get into the cuffing season?

Generally, you would start the season single or on the rebound so that you aren’t cheating on your current lover with someone new. You may meet people online on dating websites, out clubbing, or even just at the supermarket buying your last watermelon of the summer. You just never know!

Once again, I’m perplexed by the various definitions, but the one I liked the most is from the Urban Dictionary. It says that it is a form of catfishing for internet daters who meet someone in person, and their bottom half doesn’t match up with the top half.

Do you understand all about “cuff season,” now?

If you have any questions or comments, or just want to share what you loved the most about this article, please leave a message in the box below! Likewise, don’t forget to share this with people who could also use this information!

You May Also Like
Should I Text Him Back After He Ignored Me? (7 Things To Consider)
No Comments
Too Independent For A Relationship (5 Signs To Put You Through)
No Comments
How to Stop Overthinking in a Relationship (13 Surefire Ways)
3 Comments