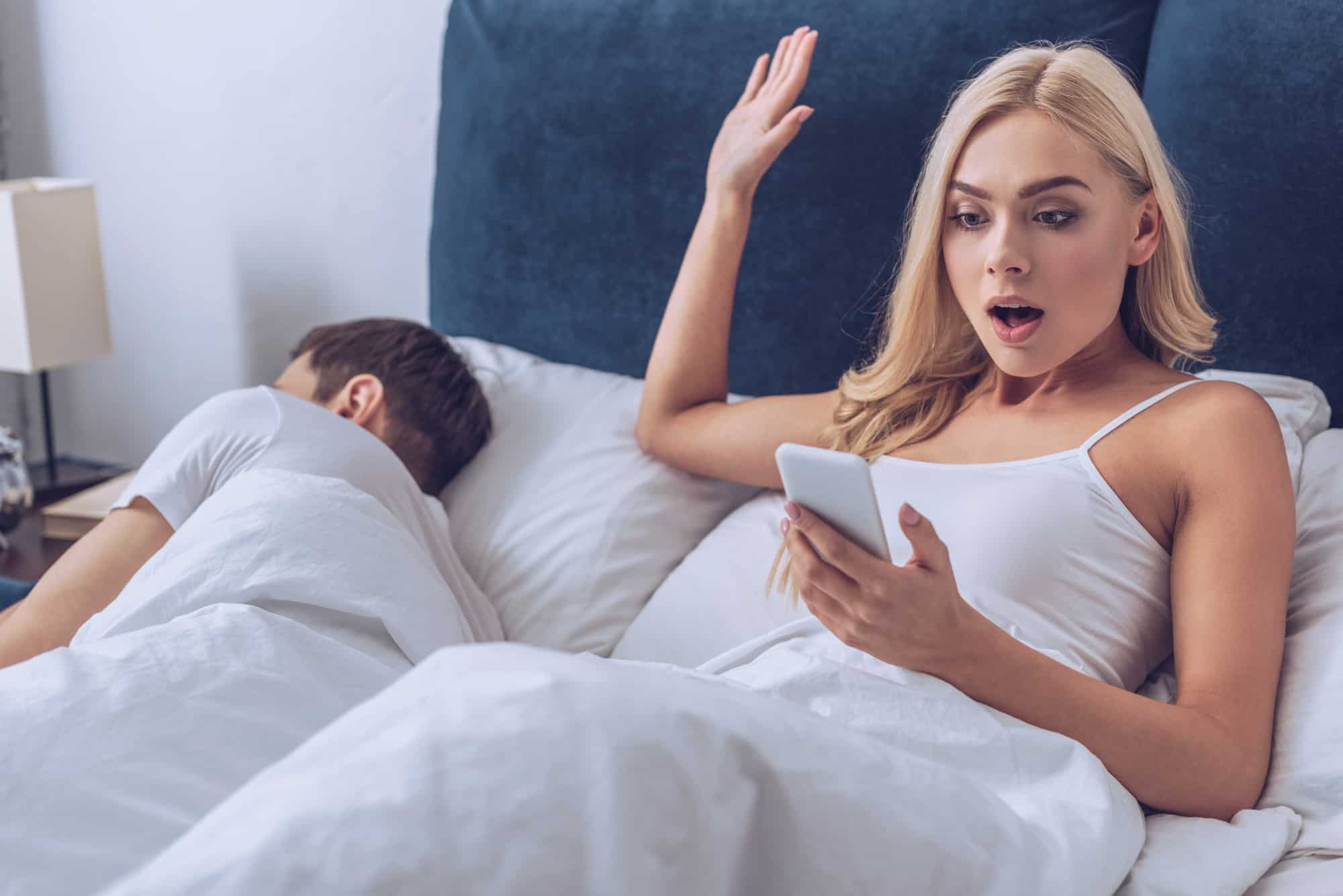 What does it feel like to be the only faithful party in your relationship? When you signed up for the union, you did so with the assurance that you and your partner will be true and committed to each other. It is, however, devastating to realize that you aren’t enough for this person.

At the same time, how can you be sure your spouse is unfaithful and not just going through a hard lonely phase you seem not to get? Before you condemn your partner to perdition or cause a ruckus that could break your relationship, you need to have convincing evidence suggesting he’s not being faithful.

He is probably confident that you cannot decode the messages and if you ask, he’ll have an alternative explanation for the encoded terms. However, in this article, you will get cheating spouse text messages codes that a cheat uses to camouflage his affairs.

1. Straycation (he is straying with another woman on a vacation)

The best way to know if your partner is planning to go on a vacation with his mistress or side chick is by checking his phone. He’ll think you won’t figure it out, so quickly sending this to his affair partner’s phone would seem wise at the time.

Once you check the context of the message and the word ‘straycation’ is included, that should raise a red flag in your head that something is not right in your relationship.

You should be the exclusive woman going on a vacation with him but if he’s sending such messages out to a strange or even familiar phone number, you should be concerned.

Don’t be fooled into thinking your husband has become a religious fanatic overnight, especially if he isn’t the religious type. First coming refers to his first orgasm with another woman. Even if he’s a devoted churchgoer, this is one of the most popular signals that a cheat would use for his first affair.

As such, when you see such a message on his cell phone you should pause and backtrack on his activities over the past few weeks. Was he the one who sent the message or did he receive it? It’s even possible that one of his other buddies who is unfaithful is simply bragging about it to your husband. If the latter is the case you have nothing to worry about for now, except the type of friends your husband hangs out with of course.

3. Stealing home (when your partner marries someone he’s cheated on you with before)

If you find a message on your spouse’s cell phone saying something like “I’ll be stealing home with you soon, Xoxo", you should know that your marriage or relationship is over or about to be.

This code means your partner is seriously considering leaving you to marry another woman. Most times, such a man will go ahead to marry his mistress because he believes he’s in love with her.

Your only option after discovering this might be to throw his things out and say goodbye to your relationship.

4. Thirst trap (cheating spouse posting a picture for his side chick)

This is more like a term for an action a cheat does on social media. Your husband could send a message like “check out the thirst trap I posted a few minutes ago.” It sounds like a tap tool, right? It is certainly not a tap tool but a code to trap you into believing otherwise.

If you can match the message to the post he made online during that timeline, you’ll discover a sexy picture your partner posted. It may appear like a regular picture for the gram but it was specifically posted for the woman he's having an affair with. Ensure you return his phone without throwing any tantrums yet, you still need more confirmation that he’s cheating.

5. Tinmanning (when a cheat is emotionally detached from his affair)

If you see a message on your spouse’s cell phone with the word ‘tinmanning’, your husband is caught up in an affair with another person. He wants to have a no-attachment affair that won’t affect his relationship with you.

In his way, he probably cares for you or your children (if you have any) and doesn't want to break up the family so he tells his side girlfriend that he is ‘tin manning'.

Of course, it doesn’t matter that he grew a conscience after he successfully cheated on you but, that’s what this code means.

6. Fling bling (jewelry given to a mistress)

When a man gifts a fling bling, it means he bought his side chick a piece of jewelry. If your partner sends a message to a friend that says “I got her the fling bling you recommended?”, he is buying his mistress some jewelry.

Fling means temporary casual sex and bling refers to flashy jewelry, hence the term, fling bling. You may be confused at first when you see such a message but the word fling typed on his phone to a strange phone number should raise your curiosity. You can also use spy apps to trace his phone conversations with the person without him knowing.

7. NSFP (Not suitable for partner)

If you don’t know the full meaning of this acronym you’ll have no idea that your spouse is being unfaithful. It is most likely that your spouse will be the one to receive this message because the person he’s having an affair with will want to warn him before opening the message.

Now that you know what NSFP means, you may decide to go back to check what your partner is hiding from you and be prepared to get hurt.

This is a crude sex invitation and you don’t need any other hint to tell you that your spouse is having an affair, especially if he’s the one who sent the message.

If he is the recipient of the message, you may confront your man as to why someone is sending him such a message. He might act shocked, probably because you now know the meaning of DTF or because he's pretending to have no idea of what it means. Don’t believe that act for a second, let him know what happens when they catch cheating husbands in the act.

9. Roaching (when your spouse is dating multiple partners)

If there is a club for unfaithful spouses, this type of cheater will be the leader because he plays the game so well. Roaching means dating multiple people at a time. If you discover a message where someone accuses your spouse of roaching, it means he isn’t only cheating but doing so with many people.

You’re in danger of sexually transmitted diseases and incurable viruses. Such a man deserves nothing but the treatment you give to cockroaches. Squash him before he destroys you!

10. Silver spoon (when your middle-aged or senior citizen spouse cheats on you)

If you and your partner are senior citizens and he cheats on you, the situation is called a silver spoon. One would think older people won’t have the will to cheat but it happens. You’ll probably have easy access to his messages because he won’t usually come off as suspicious.

If your husband isn’t in a position to hire people for job positions or a private detective, he has no reason to request such details via text message.

Also, if the message is related to work, it should be on his office computer or work phone, not his personal phone. Plus, this should be done during work hours. If he’s receiving or sending such messages at night, something is certainly up.

What is the best app to catch a cheating spouse?

There are many spy apps you can use to catch an unfaithful partner. You can use an online background checker tool that will show you the places your spouse visited online or, XP spy tool which shows you his incoming, outgoing, and even deleted texts on his phone.

How do cheaters communicate?

Cheaters communicate mostly via text since calls can easily give them away. Cheaters save each other’s names with something unsuspecting and use encoded terms to throw off their partners.

What chat apps do cheaters use?

Cheaters use the ‘hiding in plain sight’ method for cheating. They use common apps like Telegram, Viber, Facebook messenger, even WhatsApp. A cheater just needs a chat app and he’ll cheat smoothly until you catch him.

Deleting text messages can be a harmless act but sometimes, it is something a cheater would do so you don’t discover he is cheating.

What do cheaters say when confronted?

Most cheaters are quick to say things like, “it didn’t mean anything”, “you’re the only one I love and care about", or “it was just a fling". Some would even become offensive and say, “you made me do it” or “you weren’t satisfying me in bed".

There are two sides to trying to catch a cheating spouse through text message codes; you either get hurt or get disappointed in yourself for not trusting your partner. You need to be prepared for either possibility. The tips in this article make it easier to spot a cheating spouse from a mile away.

How helpful did you find the article? Please leave a comment below.