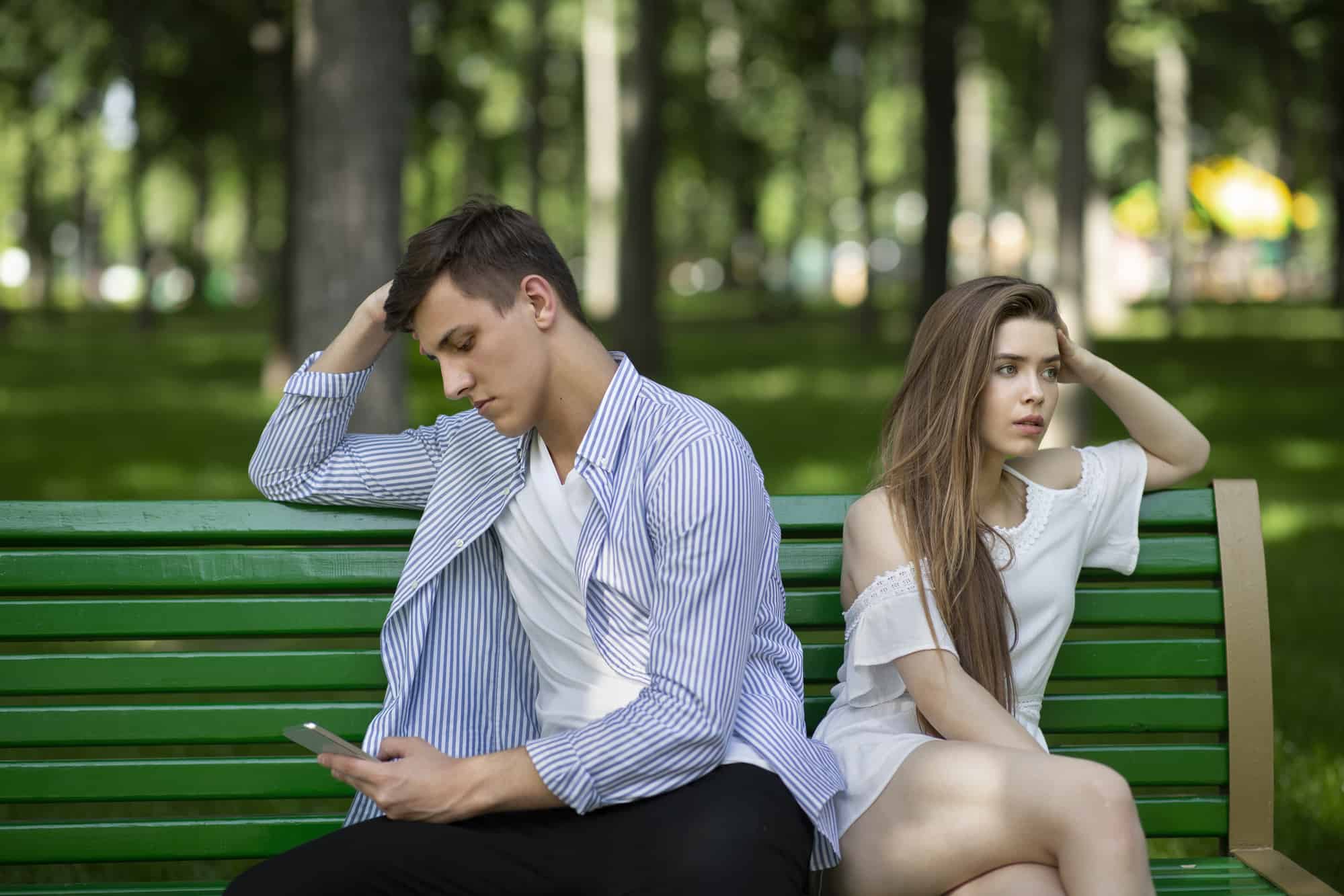 Letting go of a person’s past life can be difficult for many people sometimes; in order to embrace the future and move on. It becomes even more complicated when you have to embrace someone else's history all in the name of love.

One example of this is ‘’Retroactive jealousy’’.This is a term associated with that awkward feeling that comes up each time you imagine your partner ever being with any other woman other than you. This feeling brings to your imagination mental pictures of what must have happened during their sexual encounter, how much fun they had, and a mirage of other romantic ideas.

So, how do we best suppose you handle this very awkward situation? More so, what is the best way to stop your boyfriend’s past from bothering you? In this article, I will throw light on what to do if you are dealing with something of this nature.

15 Things To Do When Your Boyfriend’s Past Bothers You

You must come to terms with the fact that your boyfriend is human, and is more than likely to do a lot of human stuff too. More so, there are no perfect human beings, people have at least one relationship they are not proud to talk about.

He probably has some past relationships he’s not willing to talk about, and maybe some crazy ex-girlfriends he’d rather keep secret. Accepting the reality about these past relationships means you shouldn’t judge him for the people he has been with before he met you.

Opening up to your spouse about your sexual past takes lots of gourds and trust. If you find him trusting you to that level, you should do all you can not to let that trust down. Please do not make him regret sharing his past with you.

Instead of focusing on his past life and the people he has been with, you should try to ascertain if he still has feelings for any of those women from the past. Use this opportunity to show him how much weight you are willing to carry with him, as well as how much respect you have for him regardless of his past.

Instead of sitting around and wondering about your boyfriend’s past, it’s best to communicate if you have something to ask. Are you concerned about something he’s not mentioned, is there one thing he keeps saying that gets to you? Then look for ways to ask him respectfully and politely.

Also, asking questions will eliminate lots of doubts and unnecessary thoughts running through your head. Rather than let your mind play out scenarios for you, it would be really helpful if you just asked him for some more clarity.

4. Please do not compare yourself

No one goes into a relationship without some baggage, the only difference is how heavy or complicated it is. Always remember that your boyfriend's past remains behind him, don’t let his lineup of ex’s stir some comparison between you and them.

Was she a better cook? Were they better in bed than you? Does he miss any of them? Which of them had the bigger boobs? Does he still want to date one of them? These questions of comparison will only deny you of the present joy that the moment brings. It will have you hallowing in retrospective jealousy and not being able to find happiness in your relationship.

5. Give him the benefit of the doubt

So your boyfriend cheated on his ex, she found out, and they broke up. Normally, this should get you uncomfortable, knowing that you are dealing with a cheater. However, you must understand that he is only human and not above mistakes.

Also, certain factors push a man to cheat, it does not necessarily mean that he is going to do the same to you. Therefore, you should give him the benefit of the doubt, and a fresh page to start all over; hopefully, he has learned from his mistakes.

6. Avoid reminding him of his past

Most times, I see couples going through a phase that could have been avoided if something from the boyfriend’s past had not been brought up.

It doesn’t pay to remind him of every little thing at the slightest provocation. As a lady, you should be mature enough to settle issues with your man without resorting to using his past against him.

7. Work on your trust issues

A lot of women out there (maybe, due to their past experiences) find it rather difficult trusting anybody, let alone trusting a man. Such women would find it tough dealing with their boyfriend's sexual history, especially if he used to be a heartbreaker. This can steal the joy from the relationship.

The fact that you are unable to trust him because of what he told you about his past is wrong.

So, work on yourself and learn to trust people again.

Some women are instinctually very jealous lovers. This condition, however, makes things worse when you have to deal with your boyfriend’s past or sexual history.

It is important you try to manage the urge to dig into his past relationship. These flaws may include but are not limited to, jealousy, anger, trust issues, and nagging. Sorting out these issues would be very helpful in sustaining a healthy relationship.

9. Communicate with your partner

Most times, communicating with your partner about your fears, insecurities, and worries would go a long way to help. Maybe you get jealous every time you think of your boyfriend's past, or you do not want to go to the same restaurant where he took his ex on their first date.

Or perhaps, you do not like it when he takes you to any place he already took his ex to. These are issues that you can talk over with him and resolve. Remember that life is too short to be dwelling on the past, communicate with your partner today and save your relationship.

10. Look on the brighter side of life

Looking on the brighter side of life involves seeing positivity in even the scariest situations. So, your partner has dated a lot of women before you and has probably had more sexual escapades than you?

This might seem disturbing and worthy of envy or jealousy as the case may be. However, the upside to this is that he probably has more sexual experience than you as well. That obviously means you're dealing with someone who hopefully knows his way around a girl’s body.

11. Be the best they have ever had

I think the best way to address a situation like this is to give your man the best experience you can, even better than what he got from his previous relationships.

So, rather than settle for cheap jealousy and envy, you should learn from his experience, use it as a guide, and give him the best experience in all areas.

The fact that he is telling you about his sexual history goes a long way to show how much you mean to him, and that he trusts you. To be honest, no law compels him to do so. Therefore, it is only proper that you appreciate his honesty in telling you all these, and try not to make him regret doing so.

Being a lady and having to deal with this kind of information may be very tough, especially if you are the jealous type. However, it would be helpful if only you accepted the fact that all of these relationships that took place in his life had absolutely nothing to do with you.

You must acknowledge that you are only with this person as a result of his past actions. By this I mean, if he had not broken up with his ex-girlfriend, you would not be dating him at this moment.

If he had not gone through that process of transition from one girl to another, he probably might not have learned how to treat a girl right, improve his self-confidence, what to do on a first date, and how to handle sex with women.

15. Please do not make him regret it

In all the possible courses of action I have mentioned, you mustn't make him regret sharing his past with you. For him to tell you means there is some sort of trust and respect.

It would be unfair to him if you made him feel guilty for doing so, or started using it against him in the nearest future. Doing so will only make him feel that he was wrong about trusting you in the first place.

What do you do when your boyfriend’s past bothers you?

There are several actions you could take if you ever find yourself in this kind of situation. First of all, you should find the courage and accept the reality of life; he has probably had sex with a few other girls before you. Please do not compare yourself with any of his exes. Feel free to ask questions; the past makes us who we are, and of course, let go of the past.

Should you care about your boyfriend’s past?

Yes! It isn’t wrong to be interested in knowing the past of your partner. Important details about his past should be made known to you, issues like how he met his ex, how they broke up, whose fault it was, and more. However, this information should be handled with some level of respect and maturity.

Why do I get jealous of my boyfriend’s exes?

This experience has been explained to be ‘’retroactive jealousy’’. It’s argued that a small amount of jealousy in this regard is normal and albeit, healthy for the relationship. However, retroactive jealousy goes beyond just the normal kind of healthy jealousy into ‘’compulsive, obsessive, and ruinous’’. Therefore, women who have this may go as far as stalking their boyfriend’s exes or going through their Instagram profile every now and then.

How do I accept my partners past?

As one of the ways of accepting your partner's past, learn to listen carefully and ask questions where things seem unclear, understand that his past has nothing to do with you. Accept the reality of life, also understand that the past makes us who we are today, and learn to allow sleeping dogs to lie.

Do guys think about their exes sexually?

According to “research,” men tend to fantasize sexually about their exes more than how women do with theirs. The study reveals that more straight men 88% accepted that they had fantasized about their exes than straight women 61%.

Did you enjoy reading through this list? Remember, there’ll always be someone that has dated your boyfriend before. However, the people he has dated in the past don’t matter now, you do. If these tips were helpful, please share this article with others, don’t forget to leave a comment below as well.