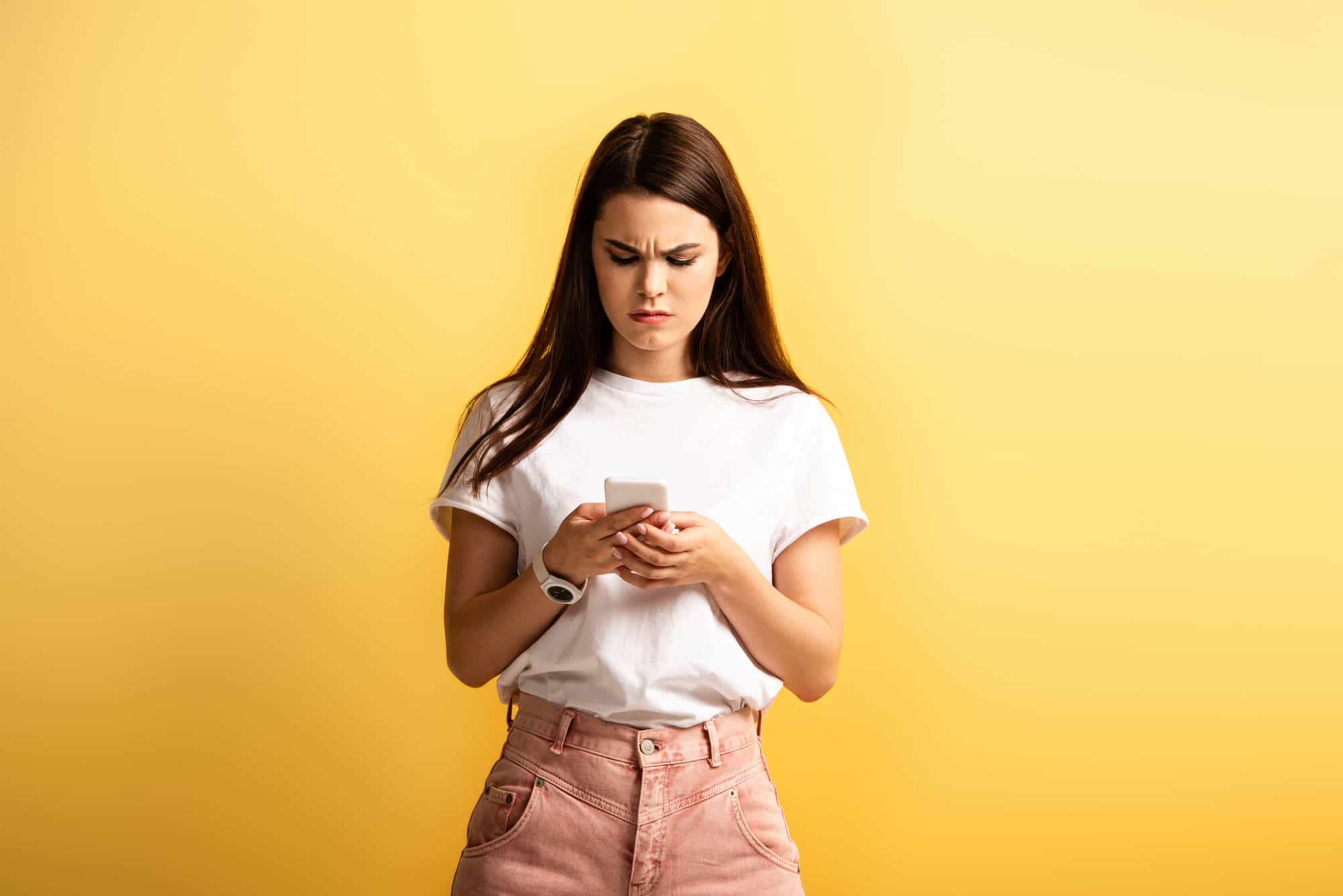 My Boyfriend Reads My Texts But Doesn't Reply (7 Reasons Why)

Is your boyfriend constantly leaving you on read?

Are you wondering why in the hell he would do something like that? Surely the ‘mind games’ are over now you’re an official couple?

The truth is: there are several reasons why a man would behave this way - and a lot of them spell bad news for the relationship.

Read on for my list of reasons why your boyfriend would read your texts and not reply.

If you are worried about your boyfriend being unfaithful, I’d suggest downloading this online communications tracker to discreetly keep an eye on him.

Once you’ve entered his details into the algorithm, this tool will show you who he’s contacting, what apps he’s using, whether he’s using secret contact details and a lot more.

This tool is the most effective way to get to the bottom of why your boyfriend is ignoring you. In most cases, it’ll reveal the answer pretty damn quickly.

With that said, let’s take a look at some of the potential reasons why he’s acting this way.

Reasons Why Your Partner Doesn’t Text You Back

1. He's genuinely mad at you and doesn’t want to reply

I’m sure you’ve probably been in a situation where you are so upset with someone but can’t muster the right words on the phone. This is quite common with introverts. Research shows that they withdraw and prefer not to deal with an unpleasant issue.

Also, it’s only natural for a person to play the waiting game before they get back on the phone with a person they are mad at. More so, while the waiting game is going on, he’s reading your text and might just be hoping you see things from his perspective. So, before you totally conclude by saying “my boyfriend ignores me,” it won’t be a bad idea to let him know you understand how he feels.

2. Talking to you is difficult

"Why is he ignoring me?" I know I’m on your side here, but sometimes, he may just find it difficult talking to you. If you come on to him strong, starting most of your dialogue with negative energy on the phone, it’s only normal if he chooses to avoid all the negativity for a while.

You might need to check yourself if you are a person with the entitled mindset. If you naturally feel your partner should drive you to the mall, and pay for the two of you all the time or if you are always asking for favors every time you text or call him on the phone, you might be sending the wrong message.

4. He needs some space

If you’re still asking why “he’s ignoring my texts or phone calls’, it’s likely he might feel like you are overwhelming him and he genuinely needs some space. Among the first rules of dating is, “ don’t be needy.” Someone that is need is off-putting. So, you need to be the one to back off out of the way.

5. He’s seeing someone else

Sometimes, when a woman says “my boyfriend is ignoring me because he’s cheating on me,” their guess ends up being right. While it’s not appropriate to jump into conclusions about the infidelity of another person, if the evidence is overwhelming, it might actually be true. Hanging out with another person might not conclusively mean he’s cheating.

6. He genuinely missed your message.

While this isn’t something that should happen all the time, it’s not abnormal if he actually misses your messages. Let’s be honest, technology isn’t perfect. If it’s not on purpose, there’s no point saying “He ignored my text.” Maybe he didn’t get your text on his phone. Perhaps your message got buried in between others.

7. He wants to breakup

Ouch! I know this hurts. Your guess might have been right all along if you have been suspecting he’s deliberately ignoring you. I can’t sugar-coat this because no one likes his part. Relationships don’t work out how you hoped it would. You might have tried to put in all the work to make it turn out well but it just goes south.

Many people find it hard to be honest with their partner when they’ve seen someone else they want to be with. So, they take the coward and easier route by playing the waiting game, hoping you’ll take a hint and walk away on your own.

What does it mean when a guy reads your text and doesn't reply?

It could just simply mean he’s busy and it’ll be safe if you don’t read much meaning to it. However, if it’s happening too frequently, it might mean that he wants some space, he’s cheating or just want to break up and doesn’t know how to tell you. Whichever it is, politely ask him to be honest without being desperate as it can be hurtful to be on the receiving end of being ignored.

What do you do when your boyfriend doesn't reply to your text?

First, try not to jump into conclusions. Think back, if it happened after a fight, he’s probably ignoring the negative energy and will eventually come around when he’s ready. Also if you feel like you have overwhelming evidence, he’s deliberately ignoring you.

What to do when he ignores your texts?

Keep calm and give him some space. Don’t clog his phone with more messages, he’ll come around if he’s just mad at you for a good reason. If you feel like you’ve been mean or unpleasant to him in any way, apologize and let him process the situation on his own.

How do you stay calm when he doesn't text back?

The quickest approach to stay calm is to engage your mind. You can pick up a book to distract yourself. Turn on Netflix, listen to the playlist on your phone. Call someone close to you and hang out. If the gang isn’t to busy to hang out, hit them up on the phone for a girl’s night out.

How do you know when a guy loses interest in you?

If he’s not busy or going through a difficult time, the easiest sign is that he’ll avoid spending time with you. This includes over the phone or in person.

Now you know some of the reasons why someone you are seeing is ignoring your messages. I hope you enjoyed the article. Feel free to drop a comment about the article and feel free to share.

You May Also Like
7 Crucial Rules Of Dating An Ex
No Comments
Are You on a Pity Date? (11 Signs of a Pity Date)
No Comments
He Rejected Me (11 Ways To Handle The Situation Smoothly)
1 Comment