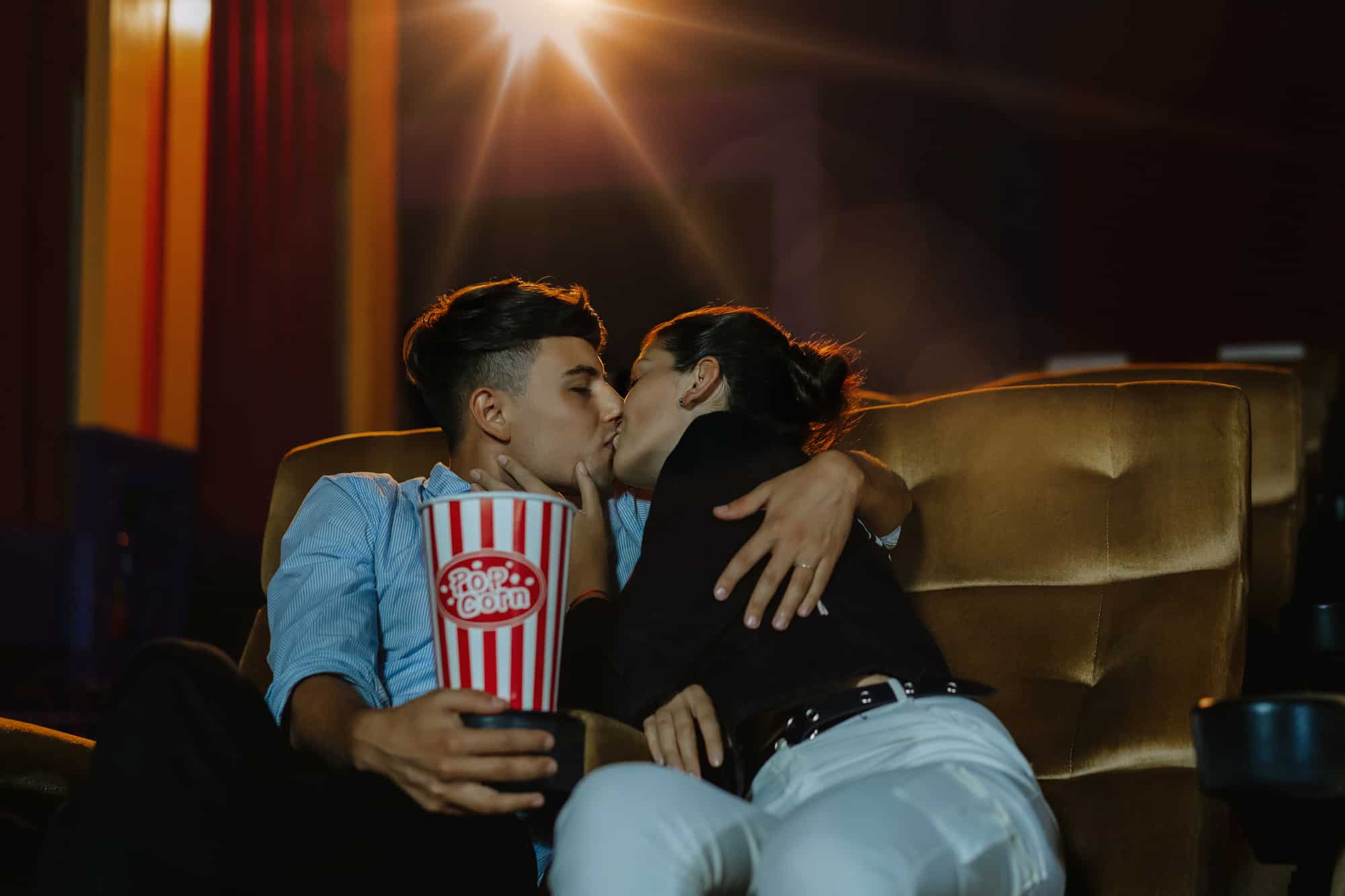 Single people are probably tired of watching the annoying things couples do. The thing is, annoying couples don’t even know that their actions irk people off. Only their single friends would be able to identify the things they do that really annoy them.

Do single people notice the annoying things couples do because they don’t have someone in their lives?

Well, whether that’s true or not, the fact is that every single person probably complains about a few annoying things couples do that get to them. So let’s have some fun and share some of the most annoying things every couple we know does that keep our eyes rolling.

25 Most Annoying Things Couples Do

Pda, amongst others, is notorious for making other people around feel very uncomfortable. In most cases, a little hugging, kissing, looking at each other, “sharing a pie or posting about each other online” is very cool. However, too much of this can be very annoying and uncomfortable to watch, especially with single friends around.

Have you ever been at a dinner table with a couple and they started feeding each other? At first, it might seem cute and adorable, but when it gets too much, it’s annoying.

All of a sudden, she starts saying ‘’we’’ instead of ‘’I’. Now, most of her single friends have to start referring to her as ‘you guys’ even when her partner isn’t around.

As soon as they all get in a relationship, they feel like they know everything about being in one. People like this start acting like professors of love, and ‘’Albert Einstein’s’’ of marriages. This can be very annoying sometimes.

5. Rubbing it on your face

One of the most annoying couple activities is when they feel like they have to show every single person how ‘happy’ they are. Some couples do not know how to be modest about their relationship, especially, when people are watching.

Another annoying thing they like to do is ditch a friend for each other. Imagine you all hang out every Friday night, but on the said day, one of you doesn’t show up simply because she had other plans with her boyfriend. It’s very Annoying!

7. Getting into fights in public

The same energy they use to display all that affection for each other is the same they use when having a fight. Being around annoying couples who fight in public can be annoying, sometimes they want to put you in the middle of it, but give them one day, and they are back together again.

Have you ever been around two love birds that have developed their special love language? Do they communicate with each other without you understanding a thing? It might seem very creative and innovative at first, and then it starts getting annoying as time goes on.

9. Unnecessary use of pet names

Staying around couples who only call each other by pet names can make you feel a bit uncomfortable listening to them.

10. Talking about their secrets

Most couples really do not know when to stop. They can get carried away by love that they start saying deep personal issues in public.

11. Acting as a celebrity couple

It is not uncommon to see new couples who are deeply in love start mimicking the lives of celebrity couples they like. As hilarious as this may seem, it could get annoying sometimes.

12. Always hanging out together

Normally, this should never be an issue as they are couples, and should be together. However, if one of them was your best friend before they started dating, it will definitely be annoying if it now seems like they don’t want to hang out with you anymore.

This fashionable display of affection is usually very cute and adorable to behold from a distance. However, when it becomes too much, it definitely becomes annoying to watch.

New couples have this annoying way of ignoring all their friends just to be together. As a friend to a new couple, you should not let this bother you much, it is part of the couple’s behavior.

15. Trying to make you go on double dates

This is very annoying, especially when your relationship is not doing so well at the moment. They would never understand or see things from your perspective.

16. Speaking for each other

Imagine asking your friend a question and her man replies. There is nothing cute about that. They should really learn to go easy with the ‘love bird thing’.

17. Reminding you that you’re single

This can happen in different ways; maybe you wanted to tag along to go see a movie, and they said you can’t because it’s a couples night out. You can only come if you have a date. Very annoying I bet! Also, all the kissing and cuddling around you would only make you regret why you are still single.

If you have friends that are coupled up, then be rest assured, they will definitely make efforts to hook you up. This can sometimes be annoying, especially when you don’t even want to change your relationship status.

19. Turning you into their personal photographer

This could be very annoying sometimes. Hanging out with couples automatically makes you their cameraman; you literally have to take them pictures each time they want.

20. Making out in front of you

Some couples do not really care if someone is watching. They just go right ahead to make out even in your presence. This can be very awkward, and discomforting.

Although this isn’t necessarily limited to couples alone, but, they are major offenders in this regard. If you share a flat with couples, then be sure you’ll have some sleepless nights when they are having sex.

22. Asking each other’s permission to do everything

Just like I have said before, these things are cute and adorable when it’s kept at the minimal level, however, when it becomes too much, it definitely becomes awkward and annoying.

23. Baby talking to each other

As weird and awkward as this may appear, a lot of couples still do this. It’s like they want to get on your nerves on purpose.

It has literally become a tradition for couples to litter the internet with so many selfies. It’s even more annoying when they are not in a good place, but want to portray a certain image online.

25. They can’t stop talking about their relationship

They always bring up their relationship in every conversation you have with them, even when it doesn’t relate. Situations like this are very annoying.

How do you annoy a couple?

There are several ways that one can annoy a couple, they include refusing to take pictures of them each time they ask for it, making farting noises whenever they are dancing or happy together, following them everywhere they go or giving them crappy advice.

Is it unhealthy for couples to do everything together?

In a relationship where couples do everything together, there is a tendency for them to develop codependency. More so, it will most certainly grow boring. Therefore, couples should learn to be apart sometimes to ensure a healthy relationship.

What is the most annoying thing a boyfriend can do?

There are several things a boyfriend can do that makes you annoyed and they include getting in touch with his ex, not listening to you when you are venting, ignoring your texts, flirting with other girls, not taking your calls, going through your texts, and call logs, or comparing you with other girls.

How do you annoy strangers?

A few ways to get strangers annoyed is staring at them for too long, giving them weird and unnecessary compliments, trying to start a conversation with them at the wrong time, asking them for directions too many times, stalking them around, or asking for their phone number.

‘’Research’’ shows that people who use social media less are generally happier than those who do. Furthermore, depression has been linked to frequent social media use, because of the social comparison theory.

Sometimes, the couple that annoys the hell out of you doesn’t do so intentionally. Yet, we can’t help but laugh about those things they do that are just outrageously annoying. Did you find some of the things on the list to be true? I’d like to hear your own experiences too. Also, feel free to share this article with someone else.

4 comments on “Annoying Couples (25 Most Annoying Things Couples Do)”